During Pandharpur, we also worked with Colors Marathi to enhance the channel’s image and increase its viewership. Our main event with Colors Marathi was at 65 acres. The event here was 8 days long. A huge LED screen projected the channel feed and live bhajans throughout. We also had an Emcee who interacted with the crowd and played contest games with them, to keep them interacted. On the day of Ashadi Ekadashi, the star cast of Balumama came and interacted with the audience.

Other than our event at 65 acres, we also had a canter activity for Colors Marathi. During this, two LED vans that had the channel feed and Varkaris to perform bhajans, and they travelled from Alandi to Dehu towards Pandharpur.

Such events helped us achieve our goals and helped promote Colors Marathi. At the end of the events we were not only able to involve the community with our efforts, but were also able to maximize our client’s reach. 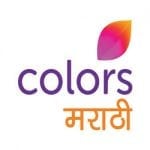