The aim of the project was to inculcate a habit of using toilets and maintaining cleanliness around as well as within ensuring a socially developed state. 34 Branded LED Vans moved across 34 districts of Maharashtra covering 150 villages. With the help of animation and use of local language in the video, the message has reached out to large number of people and sustained in their minds. The involvement of the various village Sarpanchs and Panchayat members made sure that our vans moved through the areas without any problems.

In total, our vans reached 5100 villages in the span of a month, and we played videos that included a range of topics such as: open defecation, self hygiene, menstrual hygiene, harmful effects of plastic and clean environment. This interactive approach helped us reach out to the masses, and effectively spread our message.

Our project yielded positive results. We saw that a lot of people started building toilets in their houses and are promoting more and more people to make the state and Open Defecation Free State. In addition, kids have started taking care of their personal hygiene by washing hands frequently and are also encouraging others to throw garbage at dustbins only.

This initiative received an award at the Rural Marketing Forum & Awards for Social Development Campaign of the year. It has also been nominated as the “Most Admired Activity for Community Uplifting” in the 8th ACEF Asian Leaders Awards, 2019. 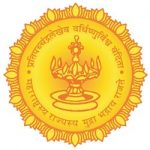